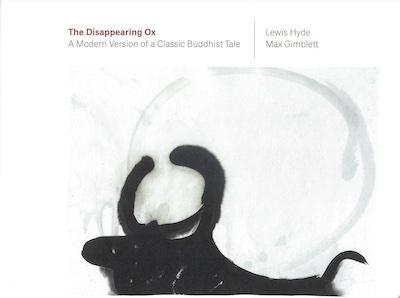 A Modern Version of A Classic Buddhist Tale

MacArthur Fellow Lewis Hyde and painter Max Gimblett collaborate to create a modern American version of the twelfth-century Chinese “Oxherding Series.” There are ten drawings, the first of which shows a young herder who has lost the ox he is supposed to be tending. In subsequent images he finds the ox’s tracks, sees the beast itself, tames it, and rides it home. In the seventh drawing the ox disappears–it was a metaphor for something, not to be mistaken for the thing itself.

Max Gimblett is a painter, calligrapher, and Rinzai Zen monk. His work, a harmonious postwar synthesis of American and Japanese art, brings together abstract expressionism, modernism, spiritual abstraction, and Asian calligraphy. Gimblett’s work was included in The Third Mind: American Artists Contemplate Asia,1869-1989 at the Guggenheim Museum. Gimblett is represented in the collections of the Guggenheim, the Museum of Modern Art, Whitney Museum of Art, National Gallery of Art (Washington, D.C.), San Francisco Museum of Modern Art, Museum of New Zealand Te Papa Tongarewa, and the Auckland Art Gallery Toi O Tamaki. Gimblett leads Sumi ink workshops in many countries. Gimblett was awarded the Officer of the New Zealand Order of Merit (ONZM). He lives and works in New York and regularly visits New Zealand.

“[Gimblett] and Hyde are the perfect pair: they are both care deeply about the process of translation, and about making this version of the oxherding series their own while still honoring what made the original story so enduring. Even as they took different approaches to translation, the book remains cohesive because their values are so clearly aligned. In itself, this is a beautiful book of art and poetry, one that speaks multitudes about a fascinating era in Buddhist history. But the most compelling aspects may lie in a different story—one about finding joy within the beauty, complexity, and playfulness of translation.”
—Mayday Magazine (full review PDF)