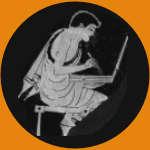 Lewis Hyde is a poet, essayist, translator, and cultural critic with a particular interest in the public life of the imagination. His 1983 book, The Gift, illuminates and defends the non-commercial portion of artistic practice. Trickster Makes This World (1998) uses a group of ancient myths to argue for the disruptive intelligence that all cultures need if they are to remain lively and open to change. Common as Air (2010) is a spirited defense of our “cultural commons,” that vast store of ideas, inventions, and works of art that we have inherited from the past and continue to enrich in the present.

Hyde’s most recent book, A Primer for Forgetting, explores the many situations in which forgetfulness is more useful than memory—in myth, personal psychology, politics, art & spiritual life.

A MacArthur Fellow and former director of undergraduate creative writing at Harvard University, Hyde taught writing and American literature for many years at Kenyon College. Now retired, he lives in Cambridge, Massachusetts with his wife, the writer Patricia Vigderman. Hyde is a trustee of MacDowell and a founding director of the Creative Capital Foundation.

Lewis Hyde was born in Cambridge, Massachusetts in 1945. Hyde’s father, Walter Lewis (“Lem”) Hyde, was an optical physicist whose work took the family first to England (1950-1953), then to Woodstock, Connecticut (1953-1959), and then to Pittsburgh, Pennsylvania where Hyde graduated from Taylor Allderdice high school in 1963.

While in Pittsburgh Hyde was drawn to the activities of the American Friends Service Committee, introducing him to anti-war and civil rights politics. After his freshman year at the University of Minnesota, Hyde worked in Laurel, Mississippi as one of the 1964 “Freedom Summer” volunteers registering black voters and organizing the Mississippi Freedom Democratic Party.

Hyde majored in sociology at the University of Minnesota but by the time he graduated he had been drawn into the world of poetry. Along with Garrison Keillor, Patricia Hampl, James Moore, and Samuel Heins, Hyde was one of the editors of the undergraduate literary magazine, The Ivory Tower. He also began to translate Spanish poetry, particularly that of Vicente Aleixandre who would later win the 1977 Nobel Prize for Literature.

In 1969 Hyde entered the comparative literature program at the University of Iowa but two years later, having earned a Master of Arts degree, he left to concentrate on his own writing. He lived for a while in rural western Minnesota, writing and, for a time, working as an electrician in a mobile home factory. He then moved to the Boston area where he worked for several years as an orderly on the alcohol detoxification ward of Cambridge City Hospital.

In Minnesota, Hyde had been a student of poet John Berryman and that plus what he learned on the detoxification ward led him to write “John Berryman and the Booze Talking,” an essay that led in turn to the award of a 1977 National Endowment for the Arts fellowship in nonfiction prose. The NEA grant allowed Hyde to spend a month with the philosopher and social critic Ivan Illich in Cuernavaca, Mexico at the Centro Intercultural de Documentación. It was at CIDOC that Hyde began to read the anthropology on gift economies and thus to start work on what was to become his 1983 book, The Gift, an extended defense of the non-commercial portion of artistic practice.

After The Gift was published, Hyde–at the age of 38–began to teach in the freshman English programs at Tufts and at Harvard. Two years later he was appointed a Briggs-Copeland Assistant Professor of English at Harvard, leading the creative nonfiction workshops. In 1989 he moved to Kenyon College in Gambier, Ohio where he was initially the Henry Luce Professor of Art and Politics and in later years the Richard L. Thomas Professor of Creative Writing. He retired from teaching in 2018 and now lives in Cambridge, Massachusetts with his wife, the writer Patricia Vigderman.

Hyde’s other book publications include This Error is the Sign of Love (1988), a book of poems; Trickster Makes This World (1998); Common as Air (2010), A Primer for Forgetting (2019) and (in collaboration with artist Max Gimblett)The Disappearing Ox (2020). He has published two volumes of translations of Vicente Aleixandre’s poetry and is the editor of On the Poetry of Allen Ginsberg (1984) and The Essays of Henry D. Thoreau (2002).

In addition to the early NEA grant, Hyde has received support from the National Endowment for the Humanities, the Lannan Foundation, the Getty Research Institute, the Guggenheim Foundation, the Radcliffe Institute for Advanced Study, and the Cullman Center of the New York Public Library. In 1991 he was made a MacArthur Fellow.

Daniel Smith’s New York Times Magazine profile of Lewis Hyde, “What is Art For?” may be found here: (link) (PDF)